All risks must be quantified to become comparable and cyber risk is no different.

Analyse ransomware from the safety of your spreadsheet

Explore our vast collection of ransomware Indicators of Compromise and financial transactions without getting your hands dirty handling the malware. Our API has over 26,000 BTC addresses found in ransomware. Each address has at least one ransom payment.

Hover over any of the logos to find out more.

When you need up to the minute information about computer security or annual metrics research into accumulation risks.

When you need technical assurance about the trustworthiness and security of a device, or your networks.

When you need to understand and combat particular malware groups or binaries.

When you need training in malicious behaviour on the internet, digital self defense, or speakers for industry conferences.

Concinnity Risks employees like to remain very private. None the less, some of us want you to know who we are.

Hacking is understanding system better than it understands itself, and then nudging it to do what you want.


Eireann Leverett once found 10,000 vulnerable industrial systems on the internet.


He then worked with Computer Emergency Response Teams around the world for cyber risk reduction.


He likes teaching the basics, and learning the obscure.

He is also fascinated by zero knowledge proofs, firmware and malware reverse engineering, and complicated network effects such as Braess' and Jevon's Paradoxes. He has worked in quality assurance on software that runs the electric grid, penetration testing, and academia. He likes long binwalks by the hexdumps with his friends.


Eireann Leverett is a regular speaker at computer security conferences such as FIRST, BlackHat, Defcon, Brucon, Hack.lu, RSA, and CCC; and also a regular speaker at insurance and risk conferences such as Society of Information Risk Analysts, Onshore Energy Conference, International Association of Engineering Insurers, International Risk Governance Council, and the Reinsurance Association of America. He has been featured by the BBC, The Washington Post, The Chicago Tribune, The Register, The Christian Science Monitor, Popular Mechanics, and Wired magazine.


He also serves in an advisory role to ENISA: on the industrial control systems and smart grid security experts group.


He was part of a multidisciplinary team that built the first cyber risk models for insurance with Cambridge University Centre for Risk Studies and RMS. 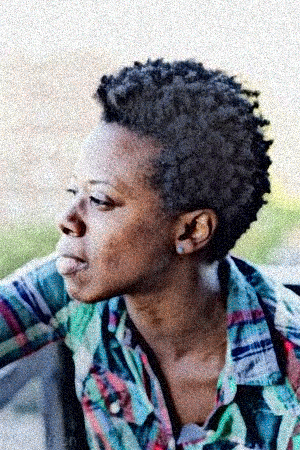 Co-Founder and Director of Offensive Research


Erin considers herself a lifelong learner. Her career background intersects financial audit, investigation, and technology. She is an experienced web and mobile application penetration tester with interests in reverse engineering, risk, and web design. She has presented talks and workshops at the MozFest House, the Glass Room, Afrotech Fest, and Cambridge Future of Cyber Risk conference.